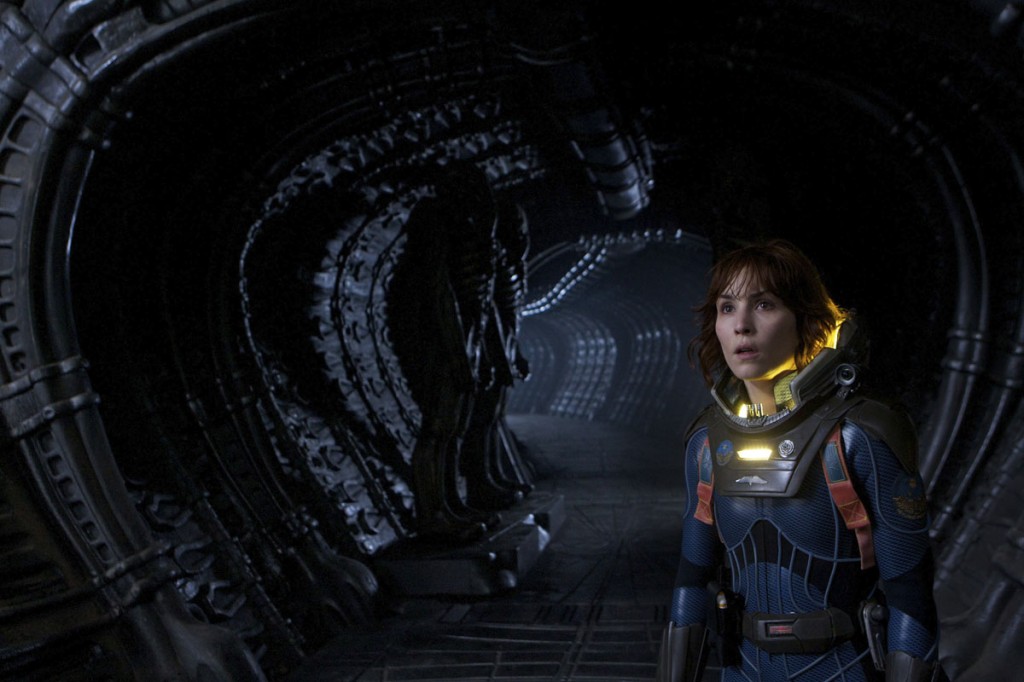 This week-end I went to see the movie Prometheus. I got a mixed feeling out of it. A part of me loved being propelled years away in the future, and the other part is frustrated to come back to the present without any more answers, my mind is still hungry. The movie tells the story of the quest of humans to meet with their galactic “engineers”  – our original creators. With this interesting plot, I expected the movie to be more philosophical but in the end it is another alien movie, but still a good one. I have 4 impressions to share about the movie:

1) The best scene of the movie : the self operated surgery – I was hysterical in my seat, semi-laughing and semi-amazed, crazy in the coconut scene.

2) Why can’t humans work together for once and succeed? I noticed that in SF there are always some scientists who can’t hold their egos and inevitably act stupid, always. So even if they’re on another planet in the middle of the universe, for some reason, they still abandon their team and decide to visit the place alone. Then, they try to caress a snake shaped alien form that eventually kills them of course. Exactly as if they were on holidays !!!! I don’t get it. There should be special Hawaiian-like astronaut suits for this kind of scientists.

3) Why are the aliens always incredibly hideous ? They really make me want to vomit my stomach. I mean, when you observe life the design is rather spectacular and beautiful but in SF they always design those really disgusting creatures. I guess it’s for drama. Hmmphh.

4) I  won’t spoil the end but, I loved the end and Noomi Rapace : great actress !

~5) I have many other thoughts about the movie, like why can they use fire on the surface if there is no oxygen or why is the dna the same as ours if it dates from 2000 years ago and so-and-so…but it’s just a movie after all, it doesn’t really raise big questions so I’d better get back to reality.

Philosophically though, I still haven’t decided if we should expect our source to be more complex than us, or if our source is necessarily more complex than us. I mean when the machines get sentient, they might be disappointed to know we created them since they would overcome us in many fields. What if we already overcome our own source? Maybe our source wouldn’t be able to explain to us why we were created in the first place. I’ll keep thinking until the sequel.

The good thing is that the movie motivated me to continue my reading of The caves of steel that I completely abandoned months ago. Cool.