This is one of the discoveries of my summer : “about:kate“. It’s a German tv series about a young woman who gets herself in a psychiatric hospital to cure her depression and her only portal to the real world is through the Internet and Facebook. No, wait! Where are you going?! It’s not as bad as it sounds ! 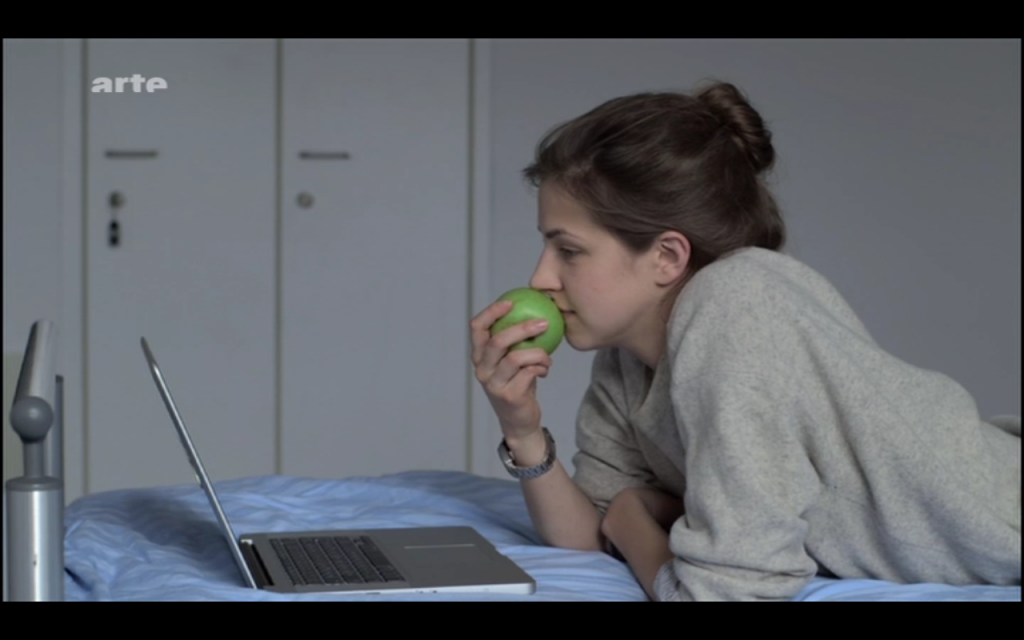 The tv series is greatly made and really funny. It was made as a web project with real videos from online users and you literally get in the character’s head. You know how she thinks, what she feels, what her big drama in life is. You could also communicate with her online, I didn’t try but it sounds original. I really loved it because it’s rather an accurate mirror of today’s youth who is desperately trying to “keep in touch” through technology, fails, and in parallel they try to find themselves through technology, and  also fail. I did recognize myself sometimes in the character, because of her crazy thinking and her drama triggered by other people most of the time. Also it’s refreshing to see a woman who is natural with her own drama and story like any human being could have. She’s a soul sister 🙂

It’s very interesting to witness how an interface can affect your life this way. She’s completely isolated so the tiniest information that she gets from her computer drives her insane. Facebook is largely the target here, but Internet communication in general as well. Since everything comes in condensed, we tend to over interpret things and quickly we imagine all kinds of things that haunt our minds. It’s crazy but that’s what the Internet communication does. Well, that is if you’re trying to “keep in touch” and sustain a relationship through technology. If you’re just exchanging information, then there is less anxiety.

Fortunately I got past that stage when I stopped using Facebook too much about 3 years ago. Sustaining great relationships with people through technology is hopeless when technology is the only link between you. People are lazy, they will not write emails detailing their mental state, it never goes past “How are you? Fine. Have fun !!!!”. So this series describes rather well this uneasiness caused by the machine that gives you hopes of endless communication and in the end leaves you with just a screen.

So I made this little video for you to illustrate it, hope you like it 😉 Sorry it’s in French, the show is not translated in English (yet) but from the images you can still get it (crazyness is rather universal). There’s also a youtube link but you probably won’t have access to the content, you can always try : http://www.youtube.com/watch?v=aNUo-4ocDQ8. I regret it’s restricted, the show really deserves to be shared across the world. Let me know what you think about it.