Please collect your tickets on the floor

This morning I went to the movies right after my photography class. I love going to this new cinema that recently opened in my neighbourhood, it is so futuristic. It’s very modern, very classy, it has great contemporary design, in fact I think it’s the best movie theater I’ve ever been to, compared to the ones I know from London or the US.

Every time I go there I take the time to observe how they designed the rooms, the furniture, the decoration, it’s really beautiful, it’s like visiting some kind of modern art museum where you can also view movies and eat popcorn, how cool is that. And in the morning the place is empty which makes it even greater, we were just two in the room to watch the movie, perfect. For some reason the place makes me think of Ray Bradbury’s books, it would fit in the future he imagined. I also read it was designed after 2001 a space odyssey, so I really like going there to feel like I’m in the future. Warm feeling. 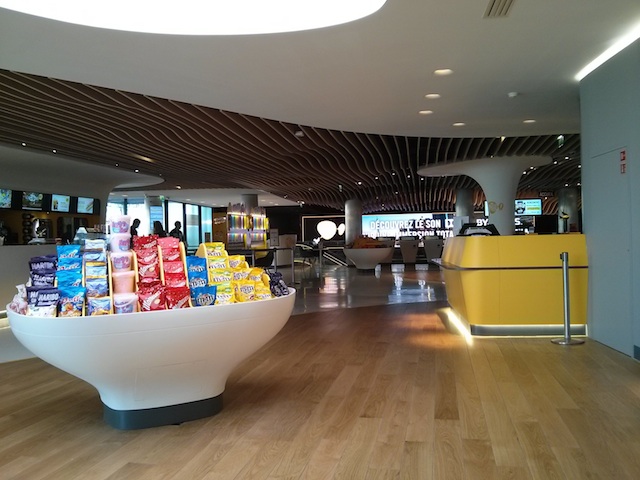 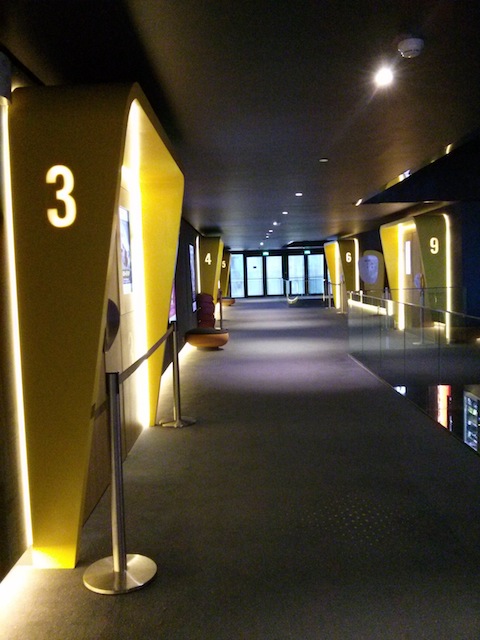 Of course besides furniture and design, I also scan the technology. It’s also pretty good, you just need to scan your ticket at the entrance and it benefits from a full-on automatic workflow where you don’t need to interact with a person before you get to your seat. I mean there are still people, but they are just there to more or less control, but … they could not be there.

Immersed in this organic sci-fi decor I went to get my ticket from one of those machines : 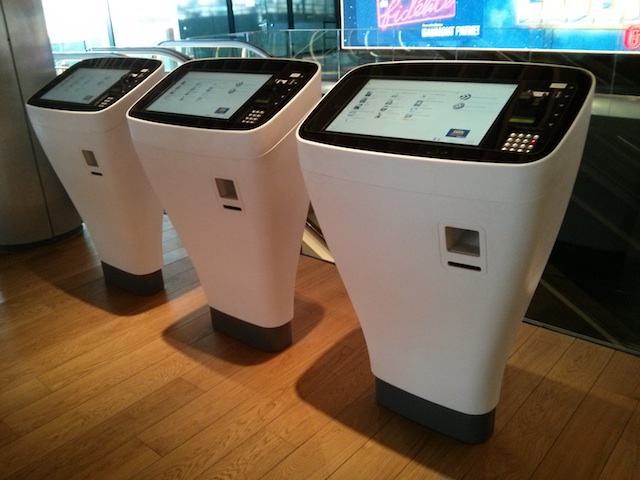 The app was standard, I clicked ok ok ok and swiped my card. It didn’t work. “Your card is not recognised” the interface said, but I had the impression it was really telling me instead “Your card is complete nonsense”, what to do then? Try again. This time I swiped more gently, and now it worked, it was understanding me! The interface confirmed I had bought a ticket and that the ticket was coming so I waited a bit for the transaction to complete. I was about to get the ticket from the ticket holder when suddenly the ticket just flew out of the machine and landed at my feet as if the machine had spat it out in a bad cough! So my ticket and receipt were there, on the floor, ready to be collected, job done. It happened so fast!

At the moment, it really made me laugh, so is that it now? The machines just throw the tickets at you?! So much for a classy design future! Ok then, I accept it, I mean, totally my fault, I badly swiped my card the first time right? So, I picked up my tickets from the floor, took a breath to recover from my sudden laugh and then only I tried to understand the problem on a more machine level. What’s your problem, robot? Show me your logs. 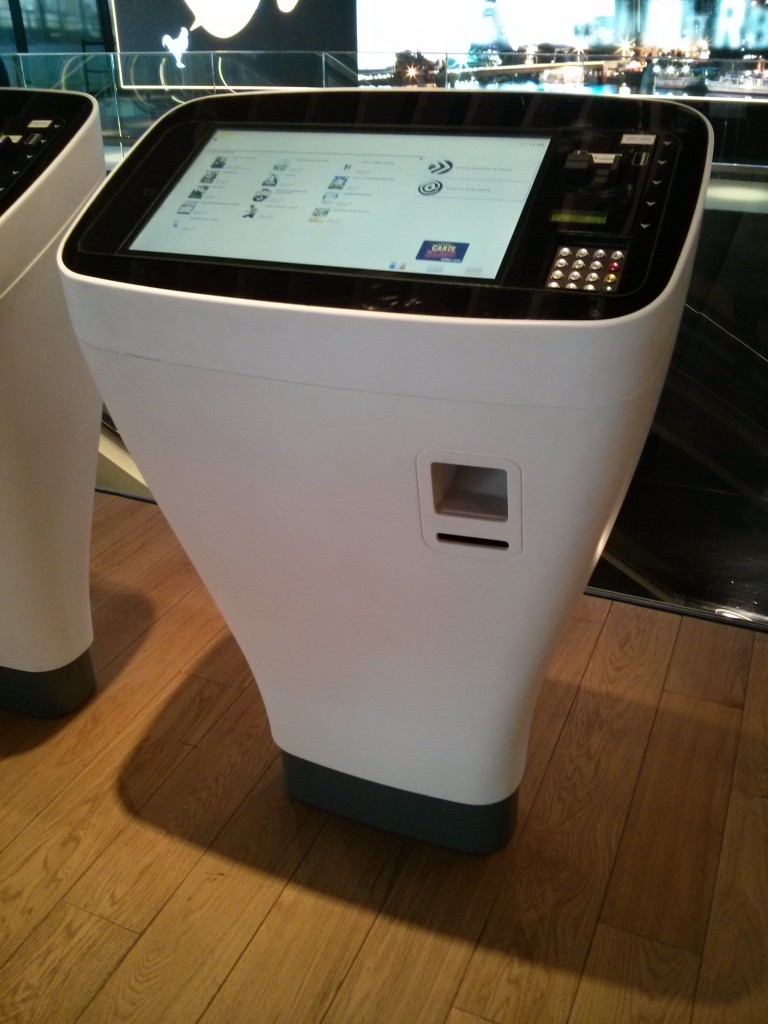 As you see, the ticket holder is positioned near the position of the right hand, and when you look more closely it looks like this : 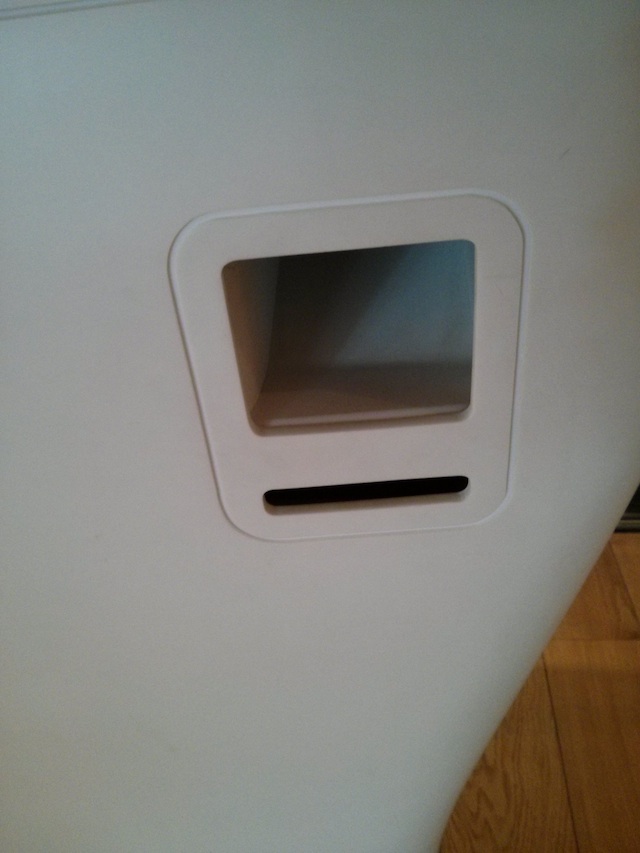 AHa ! Mystery solved. The ticket holder is designed to blow the ticket away! Nothing to stop the ticket, the inside is even slightly tilted to allow the ticket to glide right to the floor. I knew it was not the card swiping! Machines usually like me you know.

So I tried to imagine the thought process behind this design. Why would they make the ticket holder, not hold the ticket? What’s the expected behaviour here? Is the user supposed to have their right hand ready to collect the ticket? Are we supposed to be on the watch and catch the ticket while it’s flying? I don’t get it. If I’m swiping my card how can my hand be free to catch the tickets? Especially if I don’t know they’re gonna fly out. Maybe they thought “once they know, I mean, it’s fine they’ll know how to collect the tickets the next time, we’re not gonna add some hideous chunk of plastic just for the first time they get their tickets, I mean they can bend over to collect them from the floor the first time, right?” and then the rest of the design audience would unanimously say “hmmm yes, absolutely, I agree, they’ve got memory, they can remember to be ready to catch the ticket the next time, everybody can bend over once in a while!”

Not to mention that those machines are totally meant for right handed people, I mean, clearly there was no left handed people in the design committee “I mean left handed people have hands too right? They can also collect the ticket, I mean it’s not like hum we were keeping the ticket and not issuing it for the left handed, the ticket will still fly out for them too, right? We’re not gonna design a left handed device, especially if a right handed person will use it too in the end, it’s crazy! It’s just a device for people with .. hum .. hands, you know! ” “Clearly!”

Yep, great design also has this kind of bloopers. Or maybe it’s a feature? I mean, maybe :

I mean maybe. Since usually Parisians always greet you with a grumpy face 🙂